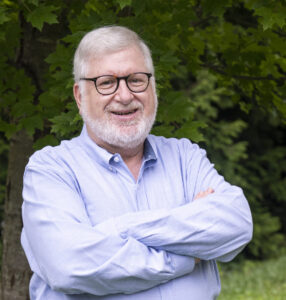 The immigrant generation of Jews arriving in North American between 1880 and 1922 gave birth to some of the great American writers of the 20th Century. Writers like Herman Wouk, Saul Bellow, Cynthia Ozick, and Philip Roth were widely read throughout American culture in the 20th Century. Join us to explore the degree to which they are American writers, Jewish writers and how they synthesized the two, sometimes competing cultures. This course is presented in collaboration with the Haberman Institute for Jewish Studies and is FREE to all Temple Beth Ami members.  Click HERE to register.

Instructor: Steve Kerbel
Location: This class will take place in an online classroom. Students will receive the Zoom link prior to the first session.

Steve Kerbel is the principal of Steven Kerbel Educational Consulting in Rockville, Maryland. In this capacity, Steve trains teachers and writes curricula for congregational, day schools and Federations throughout the US. Before this, he served as Director of Education for Congregation B’nai Tzedek and Ohr Kodesh Congregation for a combined 14 years. Prior to that, Steve was the inaugural Retreat Director of Capital Camps & Retreat Center. Steve has also been a full-time faculty member at the Charles E. Smith Jewish Day School in Rockville and an educational consultant to the Seaboard Region of the United Synagogue of Conservative Judaism.

In what seems like a different lifetime, Steve earned a law degree and was in the private practice of law for eight years. Steve is an alum of the University of Maryland, College Park, where he met his wife, Judy, and they have two daughters. Among Steve’s consulting activities, he facilitates wine tastings featuring Israeli wines and teaches about the geography of diversity of Israel through its wines and wine makers.