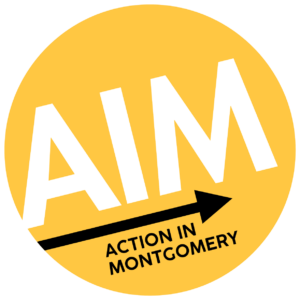 The Community of Action continues to partner with AIM to support the group’s effort specifically related to South Lake Elementary School and after-school programming. AIM’s 2021 victories have included:

REGISTER HERE: October 7, 2021 when AIM kicks off Fall Listening Campaign directed at developing a statewide agenda to take to candidates for Governor, Comptroller, Attorney General and U.S. Senator in 2022 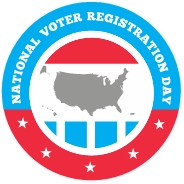 Again this year, Community of Action will partner with other National Voter Registration Day sponsors to support making sure our democracy works. Here are a few facts that tell why this day is important:

Watch for more information about opportunities to register voters in Montgomery County.

On Wednesday, July 28, over 20 TBA members participated along with members from 20 other Maryland Jewish congregations in a virtual visit to the offices of Senators Ben Cardin and Chris Van Hollen to lobby for their support for the For the People Act and the John Lewis Voting Rights Advancement Act. Congregant Sue Fox was one of four presenters. She spoke eloquently about how her work with refugees, who are so excited to come to the US to gain freedoms they did not have in home countries, reaffirmed her commitment to democracy and voting rights. The group pressured the staff of both senators to convey to them the importance of passage of these bills and urged their strong consideration of eliminating the filibuster to advance the voting rights agenda.

On July 21, the first of a series of regional public listening tours to allow public input into the redistricting process following the 2020 census was held by the Maryland Citizens Redistricting Commission appointed by Governor Larry Hogan. Several Montgomery County residents at the public hearing urged commission members to keep multi-member districts in their proposed maps, arguing that such districts empower historically disenfranchised voters. Maryland uses a mix of single- and multi-member districts in its state legislative maps, but Montgomery County is currently exclusively made up of multi-districts.

The Speaker of the Maryland House of Delegates has also appointed a commission on redistricting. New maps are not expected before sometime in December.

See Maryland Census data and try your hand at creating legislative maps! The state map submission portal, loaded with the adjusted data and including detailed instructions on how to submit a map, is now live. Map submissions will be reviewed by the Maryland Citizens Redistricting Commission (Citizens Commission) prior to their drawing of the maps if received by Friday, September 24 at noon. Additional submissions after the Citizens Commission has drawn their maps will also be accepted during the Round 3 meetings in October. Information on map submissions can be found at redistricting.maryland.gov.

The Literacy Council of Montgomery County 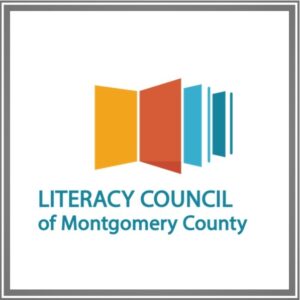 The LCMC’s mission “is to advance social and economic equity for under-served adults through academic instruction and workforce development.”

If you are interested in speaking with a congregant about his experience as an LCMC tutor, please reach out to Brad.

Read more about how you can help support the LCMC’s new endeavor to create an incubator space for GED students and immigrants to get the support they need to start their own businesses.

For more information on the Council and its programming click here (https://www.lcmcmd.org/) 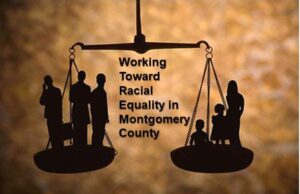 The Black and Brown Coalition was founded by Byron Jones (Montgomery County Chapter of the NAACP) and Diego Uriburi (Identity Inc.) in order to close the opportunity gap by advocating for educational equity for Black, Brown and low-income children through evidence-based policies. Visit their website to learn more about the findings of recent research into issues of equity within Montgomery County Schools as well as how to get involved.