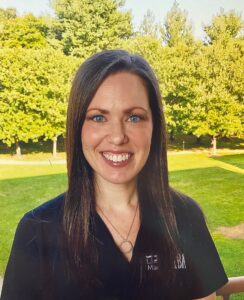 Prior to joining the Beth Ami family, Kim served as the Director of Education at Temple Ahavat Shalom in Northridge, CA. She received her undergraduate degree from the University of Delaware with a dual major in Education (K-8) and Special Education (K-12). In May 2004, she received her Master’s Degree in Jewish Education, graduating with Honors, from Baltimore Hebrew University. Kim grew up in Northern Virginia, where she was an active member of her synagogue, her temple youth group and NFTY. Upon graduation from college, Kim served as the Director of Informal Youth Education at Temple Oheb Shalom in Baltimore, MD and eventually as the High School Supervisor. In July 2004, Kim was hired as the Assistant Principal of Temple Ahavat Shalom in Northridge, California. After serving two years in that capacity, she became the Director of Education and Youth Programming. Kim is a member of the NATE (National Association of Temple Educators) and in 2009 was awarded as a RJE (Reform Jewish Educator). Kim has an unending passion for youth work, camp, and making Jewish education come alive!

Kim’s favorite thing to do is spend time with her husband, Sam, who is also a part of the Machane TBA faculty family, and her three beautiful children Adin, Noa and Yael. Kim is an environmentalist who enjoys barn sales, movies and sushi!