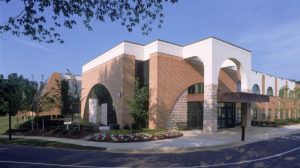 Since our founding in 1971, Temple Beth Ami has been dedicated to being an open, inclusive Reform congregation, encouraging our families to find their way to active involvement. As we celebrate our 50th anniversary, Temple Beth Ami remains committed to embracing Judaism, fostering connections, and encouraging innovation.

Temple Beth Ami promotes the enduring and fundamental principles of Reform Judaism to ensure the continuity of the Jewish people.  In 1999, the congregation moved into its current 62,000 square feet facility on Travilah Road.  While Temple Beth Ami has grown in physical size and membership, it remains committed to the core values established by those few founding families back in 1971.