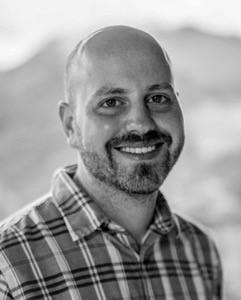 August 2: The Spiel on Klezmer
This lecture will be on everything Klezmer: the origins of Klezmer music in the folk music of Eastern Europe, the embracing of music by the Hassidic movement, its connection to Pan-European philosophy of the 18th century, and the cultural context of Klezmer in Jewish society. The lecture will be accompanied by musical demonstrations of Freylaks, Khusidl, Kale Tanz, and other Klezmer dances.

August 9:  Writing Music in Terezin
During the Holocaust, the concentration camp in Terezin was an “exhibition camp” that was used to hide the crimes of the Nazis by presenting a facade of a humane, cultured camp to the world. Many prominent artists and musicians were sent to Terezin in what became the last bastion of Jewish cultural life in Europe, orchestrated by the Nazi regime. This lecture will present the incredible story of the Terezin composers and their compositions.

August 16:  Classical Jewish Music: From Village Band to the World Stage
As Jews were accepted into broader society in the latter half of the 19th century, traditional Jewish music became a template for prominent classical composers. This lecture follows the emergence of classical Jewish music in Europe, the US and Israel from its origins at the latter half of the 19th century to the present day.

August 23:  The Music of Israel – A Battle of Cultures
What makes Israeli music unique? How does it differ from Jewish music created elsewhere? This lecture will cover the tumultuous history of music in Israel. Starting from Eastern European origins, through the 60s with Naomi Shemer and “Jerusalem of Gold”, through the emergence of Mizrahi music and the birth of Israeli pop.

Avner maintains an active career as  both a composer and performer of new music and as a classical violinist. His music has been commissioned and performed by ensembles around the world including Meitar Ensemble, ensemble mise-en, The Boston New Music Initiative, Ensemble Platypus Wien, The Ithaca New Music Collective, Cisum Percussion, and The Orchestra of the Southern Finger Lakes, among others.  He studied violin with Hagai Shaham and composition with Robert Cuckson, Susan Botti and Samuel Adler. He holds a doctorate in composition from Manhattan School of Music.