HAMILTON: The Making of a Phenomenon
with Steve Friedman
Sun, Aug 23 (7 pm) 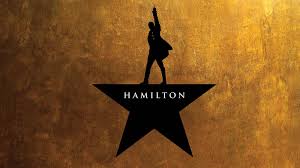 How did Hamilton become a phenomenon? Who would believe that a story about a mostly-forgotten founding father, Alexander Hamilton,  had the potential to be told in a mostly hip-hop opera? This musical has become what will most likely be thought of as the ” Oklahoma” of this century — the piece that reinvented musical theater for a new generation. It is not only what happens on stage, but also how it has become the hottest ticket ever for a musical.  And now, thanks to the recently released “Hamil-film” on Disney+,  it is available to people who have limited access to theatre. The story behind it is at times equally as powerful as the story it tells.

Let’s spend an hour, with our Broadway Musical maven, Steve Friedman, in the ZOOM where it happens, getting in touch with what makes Hamilton what it is!

Email Shelly for the Zoom link.